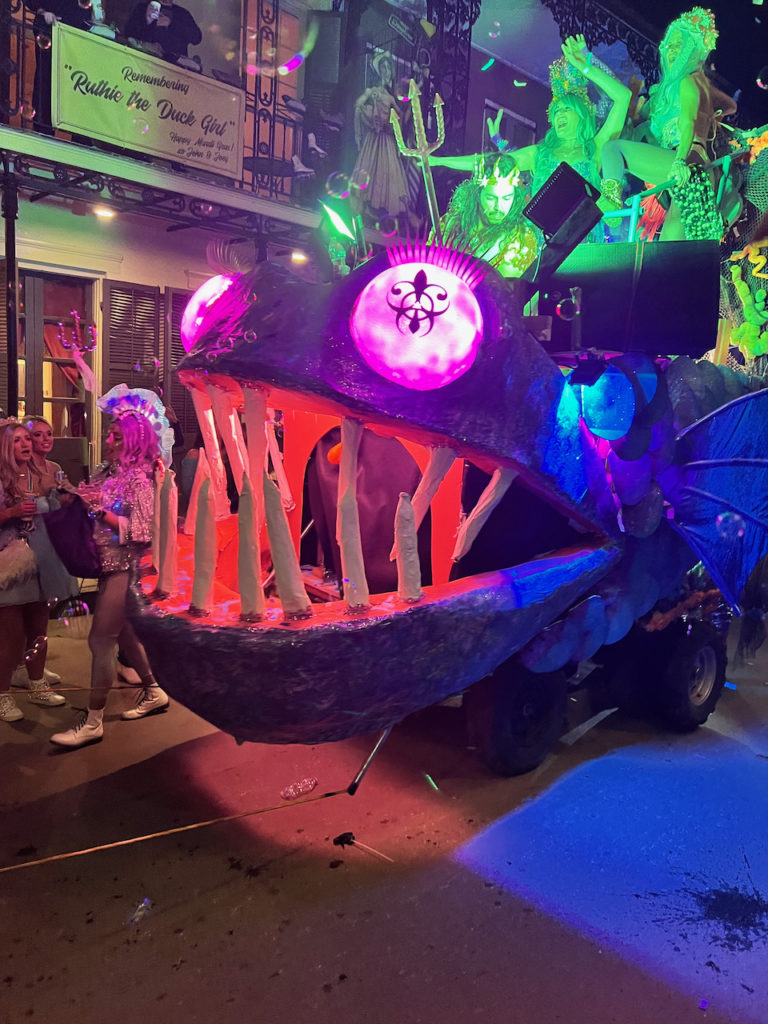 Westward Ho! After leaving our Harvest Host location, which was an unbelievably fantastic stay in North Florida, we were off to New Orleans! More Interstate 10 driving! As subjective as this is, I need to comment about the difference in driving styles between the states – it seemed like almost the moment we crossed over from Florida to Louisiana, most drivers strapped rockets onto their vehicles. We’re slower moving when towing the camper – it’s safer and more stable that way, and we get typically 2 more MPG. When not towing, I’m typically pushing the speed limit, so I think this observation is just a bit more pronounced.

I was surprised to get a phone call from the park ranger at St. Bernard State Park while we were en-route. They were wondering if our travel plans had changed, or if we needed after-hours service for our site – so nice of them! The ranger gave us our campsite number and provided detailed instructions on the after-hours process. Truly a great first impression; I don’t think I’ve ever had this happen, state park or otherwise. The park itself was really nice – the campsites aren’t too close together and it’s well-maintained. Things to note: electric and water are the only available hookups, with a shared dump station. Wifi was available, but was nearly unusable. Verizon and AT&T service was fast and reliable, however. I worked a lot during the week, and the 4G/5G connections I use were rock solid (another post about my mobile internet solution is in the works!). The facilities are quite clean, the showers are spacious with adequate pressure and temps, and they’re also climate-controlled. The park was battling a wasp issue in the bathhouses, but signs were posted that the effort was underway – while we did see a few in the common areas of the bathhouses, all of them were either completely deceased or very close to it.

This was the first location on our big trip where I planed to work during the weekday. This is a huge benefit of remote work – I can be productive anywhere I have a good enough internet connection. The night we arrived, I set up our “Clam” Shelter over the picnic table and I had my mobile workstation ready for the next day! It was a little chilly some mornings so I had some help there from my Buddy with an adapter to feed it from a 20# propane tank instead of the little portable 1# bottles it normally uses. It really did the job taking the chill out of some of the colder times.

It’s no secret that NOLA has spectacular cuisine. My goals for this location were simple: I wanted a muffuletta, to see some street performers, and to take a CycleBar (indoor cycling) class at the New Orleans location. I hit all three – GREAT SUCCESS!