Solo on the Wekiva 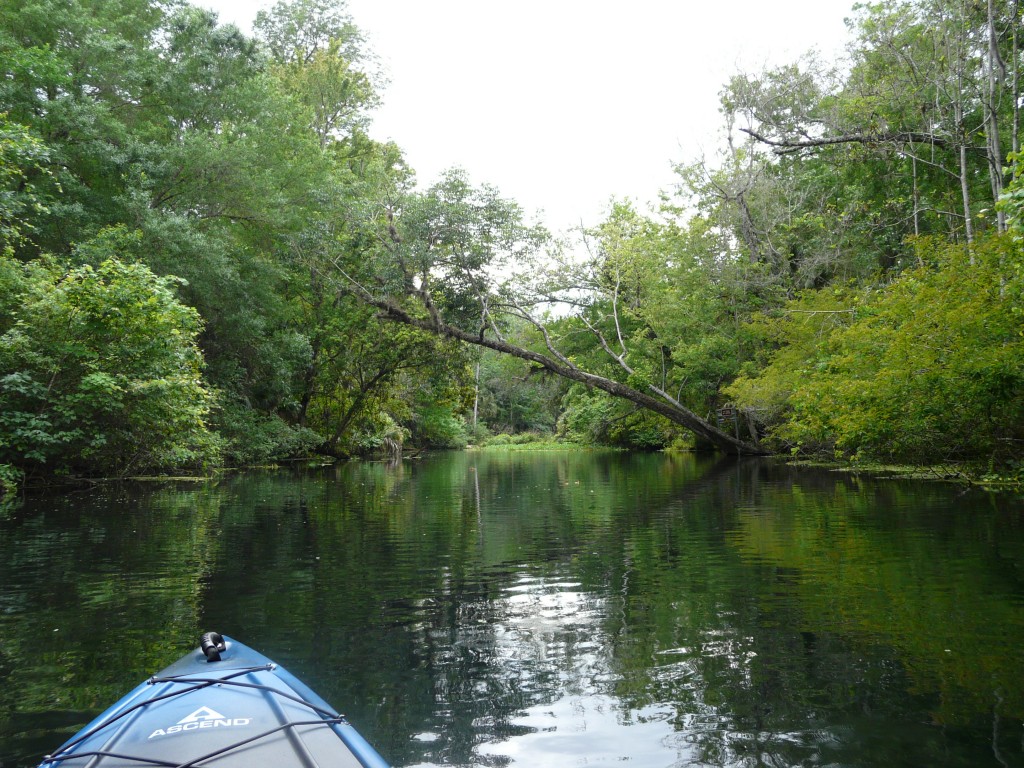 Today I went for my first solo trip, second trip with my brand new Ascend D12.  Because it was familiar to me, I opted to head to the Wekiva River, launching from Wekiwa Springs State Park.  I’d also get a chance to try out the kayak cart that I built with the plans I found on the ‘net. Wekiwa Springs is a great park, but the launch is quite a trek from the parking lot, making the cart necessary – especially for a solo trip with a heavy boat.

The river was calm, but crowded.  I’d say a good 95% of the boats on the river were rentals.  Once the rentals were presumably due back, the river went from loud and crowded to almost completely silent and empty. That’s when I really enjoyed being on the river, and took most of the photos.  I took a few “excursions” off of the main river, but nothing too adventurous.  As I approached Wekiva Island, the sounds of the boisterous party-goers convinced me to turn around just shy of the island.

I also got a chance to try out my new handheld GPS, a Garmin eTrex Vista HCx.  I’ll probably create another blog entry about the GPS, because there’s a lot I’ve learned about mapping, importing, exporting, etc.

Anyway, here’s the map I created that includes the route I took.  I’m planning on including these maps/routes with my trip posts.